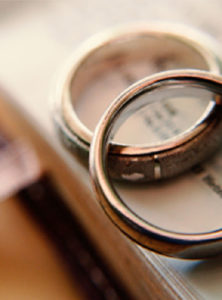 Ohio Conference will hold a Pastor-Spouse Retreat Nov. 12-14 at the Mills Park Hotel in Yellow Springs, Ohio. The theme of this event will be “Live and Laugh.” Pastors and their spouses are invited to find the joy in the everyday through laughter and stories.

Ministry Grants are back! Aug. 6 is the deadline to submit a grant proposal to the Ohio Conference Ministry Development Team (MDT). The MDT is accepting proposals from Conference congrega­tions and related organizations for projects and mission initiatives. The MDT has $19,630 available for grants in 2020.

Ohio Conference held a series of online workshops during March and April. If you missed them, don’t worry. You can watch recordings of the workshops. See the Workshops page for the recordings. Watch the Recordings

Ministry Grants are back! Aug. 6 is the deadline to submit a grant proposal to the Ohio Conference Ministry Development Team (MDT). The MDT is accepting proposals from Conference con­gregations and related organizations for projects and mission ini­tiatives. The MDT has $19,630 available for grants in 2020. Since 2012 the MDT has awarded grants each summer, providing funds for a wide variety of projects…

Ohio Conference has two opportunities for leadership enrichment and development beginning in September. The first, a Thriving in Ministry cohort, is for pastors who are already serving in a congregation. It will run from September 2021 to April 2022 and will focus on the well-being of pastors, effective practices in min­istry, and leadership development. Please see the description of the program and…

Giving to Conference drops in May

Giving to the Ohio Conference was significantly lower in May than in April, according to figures provided by Conference Financial Coordinator Stan Helmuth.

Showing God’s love to immigrants:  Will you join us?

The Immigration Resource Team of Ohio Conference is aware of many immigrants seeking asylum at our southern border. We ask: “How can we here in Ohio show them God’s welcoming love?”    We remember the amazing way a dozen or so Ohio Conference churches came together to assemble 175 immigration welcome kits in the fall of 2019.  Covid-19 precautions prevent this…

By Dick Barrett, conference minister He has shown you, O mortal, what is good. And what does the Lord require of you? To act justly and to love mercy and to walk humbly with your God.  — Micah 6:8 (NIV) I have now been a part of the Mennonite Church for almost 25 years. Many things attracted me to the…